I have finally managed to get into the garage and do a little painting. The paint has thawed out, the stereo is working and my feet don't lose all feeling after one minute. Spring must be here hurrah.

First up an apology, as my camera skills clearly have not improved any....

A shot of the rangers first, I know I have shown these before, but hopefully a shot showing them off not too badly and without photo shop brightening and other japes.

Next we have some of the new stuff. Four of my Indians. One of the others just needs varnish, and the sixth is under way. These are for use with my French list. As an interesting note, I have another six Indians for my French too. My friend is painting those for me as he is the one primarily playing with them. A cunning plan indeed, especially as he is a rather cracking painter. From what I have seen though so far, they are going to blend in rather well with mine too. 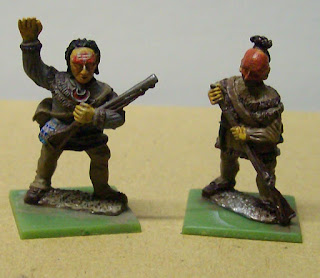 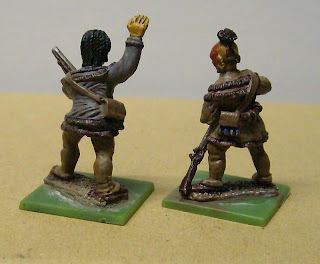 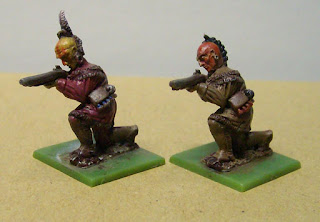 We then have my first efforts at painting my French Marines - A little artistic licence I suspect on historical colour schemes, but I am working with what I have for these (and they are supposed to look a little less standard uniform I believe from the historical side of things too) 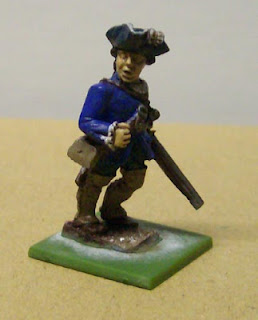 Followed by the sergeant of the first unit - 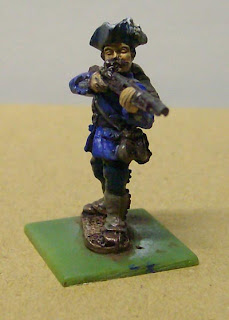 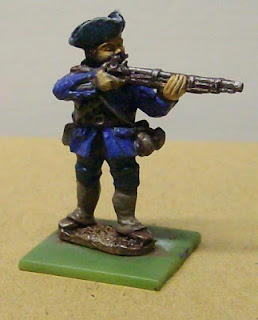 They have actually turned out not too bad in the flesh. One day I will take the time to get some much better photos. I think I will make sure the bases are all finished first though.