Empire of the Dead Holy Order Deep Ones

Well I promised some pictures of the Faction I made up for Empire of the Dead so here they are, with some words too to explain my thoughts.

I purchased a box of RAFM Deep ones dirt cheap a while ago, and decided to use them as a faction for Empire of the Dead by WestWind. After examining the figures, and noting the three limited poses, I then turned to the rulebook and examined my options.

After a bit of tinkering with various lists and points builds, I ended up going for the Holy Order faction as my base line. Two things swayed me - The Knight Marshall has the Flight power, so a cool conversion would be in order. I could explain their reptilian nature away and thus their cold blood as the reason Vampires are spine chilled by them (rather than faffing with holy symbols and the like). This all seemed to fit rather well in the end. They are a Good faction, but I have no qualms with this. It does not mean they have to like Gentlemen and the such disturbing their peace.

Ok lets gets some pictures, as that is why you are really here I am sure - 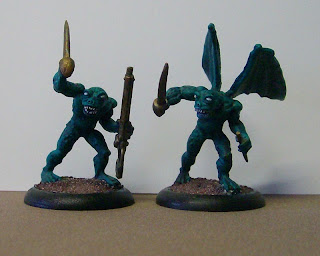 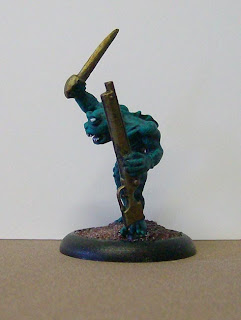 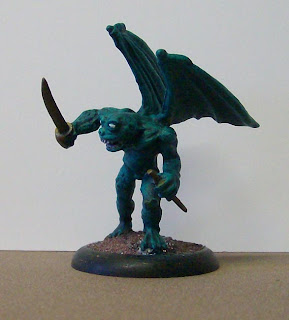 Next we have the Confessor and a Brother. The Confessor is armed with a Man Portable Gatling Gun and Sword, The Brother has a Heavy Pistol and Bullseye Lantern. 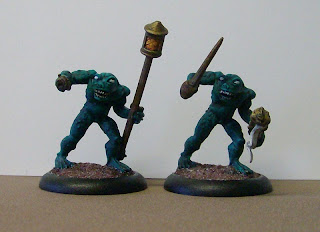 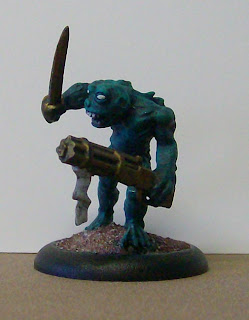 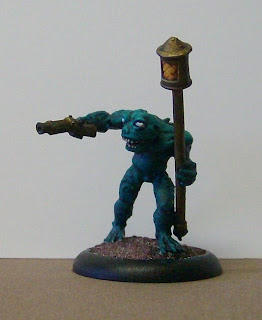 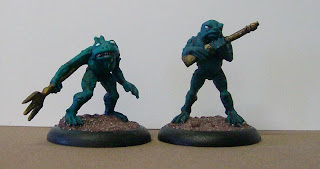 Comments and Criticisms most welcome.

Email ThisBlogThis!Share to TwitterShare to FacebookShare to Pinterest
Labels: EoTD